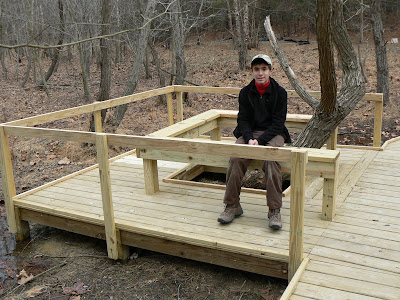 A Raleigh high school student was awarded the President's Environmental Youth Award on Saturday, April 16, as part of the Planet Earth Celebration in Raleigh.
Kyle Kittelberger, a student at Ravenscroft School, was honored for his project at Sandling Beach at Falls Lake State Recreation Area. The project included the construction of an 80-foot wetland boardwalk and wildlife observation deck. The complete N.C. DENR Press Release follows below the photos of Kyle's project.
This is a HUGE honor. Congratulations Kyle! 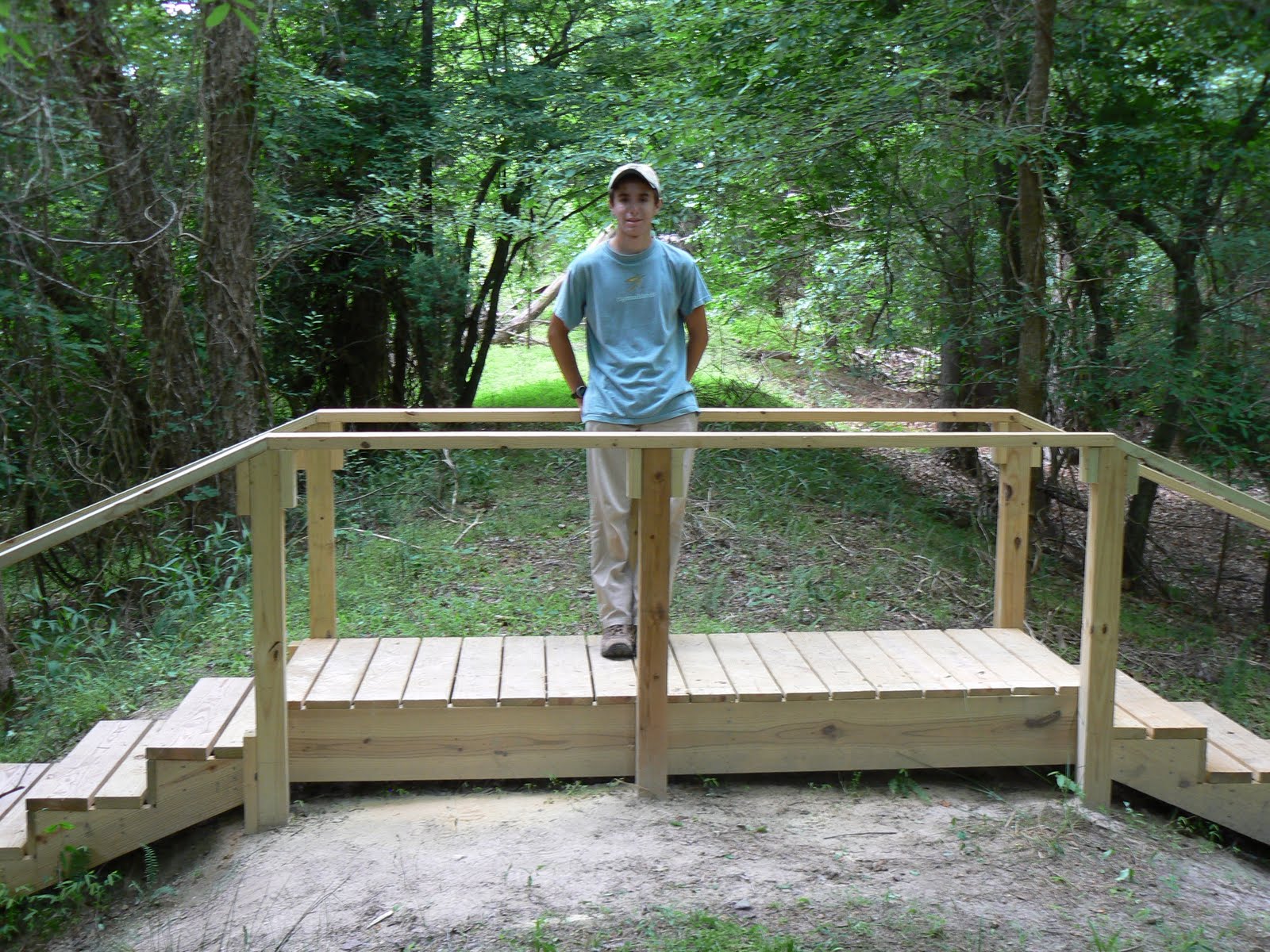 State and federal environmental officials will honor Kyle Kittelberger, a junior at Ravenscroft School, during Saturday’s Planet Earth Celebration near the State Capitol.


Kittelberger will be recognized for his construction of an 80-foot wetland boardwalk and wildlife observation deck at Sandling Beach at Falls Lake State Recreation Area in Wake County. Kittelberger took more than two years to complete the project, which started as an effort to earn his Eagle Scout Award and grew from there.

“Kyle is a great example of how important it is to engage youth in the environment and in environmental education efforts in our state,” said David Knight, assistant secretary for the N.C. Department of Environment and Natural Resources. “His project improves public access to a wonderful natural area while still protecting the valuable ecosystem.”


Representatives from the Environmental Protection Agency and the N.C. Department of Environment and Natural Resources will present Kittelberger with the award at noon Saturday during the Earth Day celebration on Jones Street outside the N.C. Museum of Natural Sciences.

The President’s Environmental Youth Award program promotes awareness of our nation’s natural resources and encourages positive community involvement. Since 1971, the president and the EPA have recognized young Americans for protecting our nation’s air, water, land and ecology. The award is one of the most important ways EPA and the president demonstrate a commitment to environmental stewardship efforts created and conducted by our nation’s young people.

Kittelberger’s award will be presented by officials from the EPA’s Atlanta-based Region 4, which covers North Carolina and other states in the Southeast. The EPA honors one winner per region for all 10 regions in the United States.

Kittelberger’s construction of the wetland boardwalk helped him earn his Eagle Scout in April of 2008. Then, he constructed the observation deck, and built staircases to prevent erosion and improve public access to the boardwalk. He also built eight recycling centers for the park's seven picnic shelters and one boat access site. During construction, he noticed a lot of Autumn Olive, an invasive species that competes with native vegetation. Kittelberger consulted park rangers and then led a volunteer effort to get rid of the Autumn Olive. By removing the invasive shrubs, Kittelberger and the volunteers enabled native plants to flourish and improved the park’s wildlife habitat.

Kittelberger has been involved in other environmental endeavors. He recently won first place in photography for the American Birding Association Young Birder's Award competition. He also installed a video camera at Jordan Lake, where he could monitor an active bald eagle nest.

Saturday’s Planet Earth Celebration is a fitting tribute because it is hosted by staff members with the N.C. Museum of Natural Sciences, who knew Kittelberger from his work as a volunteer at the museum’s Prairie Ridge EcoStation in northwest Raleigh. If it rains Saturday, the award will be presented in the Gold Classroom on the 3rd floor of the museum at 11 West Jones St.

The Planet Earth Celebration, one of many Earth Day events and North Carolina’s largest sustainability festival, is 11 a.m.-5 p.m. Saturday in downtown Raleigh. The event is free. Learn more at http://www.planetearthcelebration.com/.
# # #
Posted by The N.C. Office of Environmental Education and Public Affairs at 1:17 PM