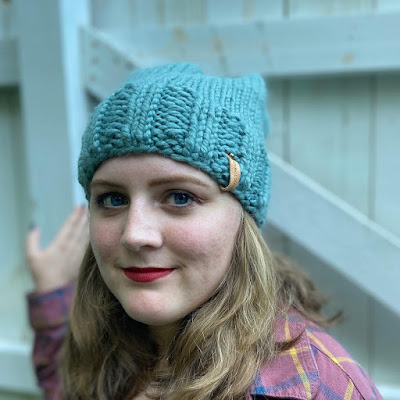 Meredith Owens, a nature programmer at Hemlock Bluffs Nature Preserve in Cary and at White Deer Park in Garner, recently completed her NC Environmental Education Certification. In her role, Meredith plans and delivers programs and attends to the facilities on site. In her personal time, she likes to knit and read.

When asked about her favorite part of earning her certification, Meredith says it was meeting other people in the field that shared the same interests and traveling to other sites. “I loved going to different parks and seeing different parts of the state that I may not have visited if it weren’t for the classes offered at those parks.”

Meredith says one class really stood out for her while getting her certification. “I love animals, so when I went to a class about reptiles and amphibians where live animals were present, that was a highlight for me. And it was such a nice experience, everyone else in the class was just as excited as I was to meet the animals.” 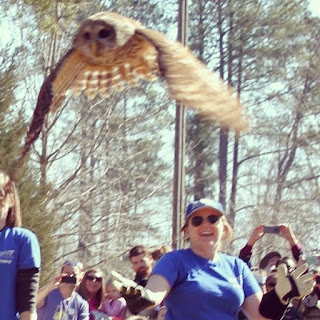 For her community partnership project, Meredith prepared a large area at White Deer Park for a future town sensory garden. This involved working with the town of Garner and with a service fraternity, Alpha Phi Omega, from North Carolina State University to remove overgrown shrubs and grasses and invasive plants around the nature center. Meredith says the sensory garden will benefit anyone in the community who goes to White Deer Park. This includes people who may have a disability, use a mobility aid, or have a visual impairment, because the sensory garden will be compliant with the Americans with Disabilities Act.

Meredith says the certification program gave her the tools that she needed to teach kids about the environment in different ways and strengthened her view on volunteerism. “I have a new appreciation for community projects and volunteer projects, in general. Using the power of the people is such a unique and instrumental tool that I feel like we need to take advantage of more often. People in the community like to help take care of the parks and forests that they live near.”

Posted by The N.C. Office of Environmental Education and Public Affairs at 12:15 PM